The “What Happened?” Accident: Part Two 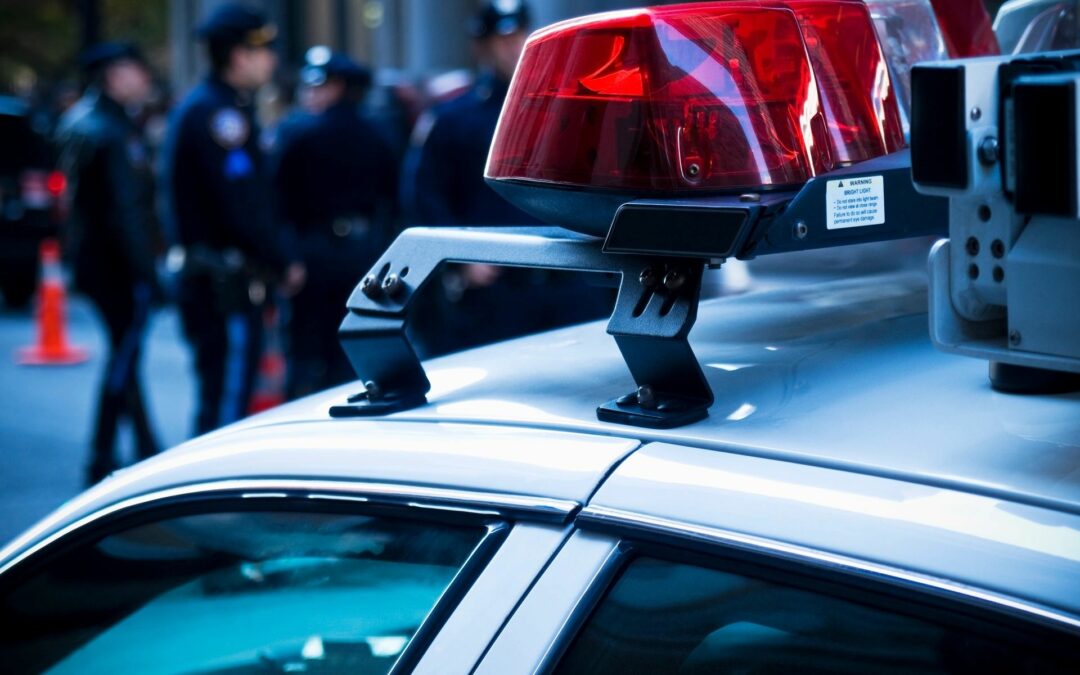 “Good afternoon, Mr. Stone-Molloy. This is Loretta Masterson from the City Attorney’s Office for the City of Rialto. I am calling in reference to the Public Records Act request you submitted regarding Mr. Barry Audrey’s injury accident.” She sounded crisp and neat to the point of officiousness, like if I wasn’t careful she’d come through the phone and straighten my desk pencils for me.

“Yes,” I replied, “thank you for calling.” Actually, I hadn’t expected a call in the least. I was in the middle of something else at the time and not paying full attention.

“We have some concerns which prevent us from disclosing any records at this time,” she declared. “Very serious concerns.”

I leaned back in my chair and swiveled away from the computer to look out the window. This required my full attention. I recalled the unexplained open question about why people lied to Barry’s sister. “Go on.”

“I’m afraid that we simply do not have sufficient confidence that it would be appropriate to release this information to your office.”

“I’m fairly certain that I supplied your office with a signed authorization from my client for the release of that information,” I replied, mimicking her snappy style. This didn’t sit well and put her more on edge, if that was possible.

“Honestly,” she began, “we have concerns as to whether that authorization is valid.”

“Well since we’re being honest now, I’d like to know why his sister was told that there wasn’t a report at all.”

“Wouldn’t have anything to do with the fact that she’s black, would it?”

If she was on edge before, this tipped her. “Wha—Of course not! Why—I mean, I didn’t even know she was—er—African American.”

“Well,” I said, “the person at the station she talked to sure did. They told her there was no report, and now here you are saying there is a report, so what they told her was untrue, and—honestly—it’s very strange. Don’t you represent the City, and not Mr. Audrey?”

“Well we have to be concerned when your client apparently suffered a brain injury.” She was still sputtering, and this was a slip: I hadn’t said anything about brain injury in my letter. They were already very familiar with this matter. “We have to make sure no one is taking advantage of him.”

That last comment finally got me pissed off. “Look, how about this,” I said, leaning forward and lowering my voice, “you worry about your client, and I worry about mine, OK?”

So that was it, then. Most likely the cops, knowing that this black guy got scraped off the pavement earlier, saw his black sister showing up at the station asking about a report, and they figured she was trying to cash his lottery ticket. Even if it was true, it wasn’t their place to lie. The fact that she actually was concerned about her brother was beside the point, and I wasn’t just indignant on her behalf. This prejudice was also against me. It was a reflection of the old ambulance-chaser slur. Cops often had that attitude, that the only kind of law that matters is criminal law; that civil law was dirty with money, as if locking people up in prison was so much nobler than helping them get back on their feet.

Anyway, I was getting what I wanted. With a little more pushing, I got Ms. Masterson to accept an affidavit from me that Mr. Audrey was in fact my client. Later that week I got an email from a clerk for the City with a PDF of the report. I then had to follow-up to get him to send the accident scene photos, and then again to get the dispatch logs, and then once again to get the 911 recordings. But in the end, I got it all.

Hassle Is My Business

“Yeah yo, y’all seen my car right here? My car? Yeah that shit just got took!” He was talking to someone else at first but then noticed he was on the line with dispatch. “Yeah, my car just got jacked.”

Dispatch asked for the location and the caller didn’t know. There was a lot of talking and laughing in the background while the caller repeatedly tried and failed to find out the address where he was. In the middle of all that the dispatcher took another call, from that same manager at Wendy’s I’d spoken to earlier.

“I’ve got someone who went backwards through my drive-thru and crashed into my menu board.” The car was silver—or maybe blue? It was dark out there. Nobody needed an ambulance; they just left it and took off. In the middle of that, another call came in.

“Hello? Someone just got hit by a car right now.”

Meanwhile, another dispatcher was talking to yet another caller, also about the accident. I could even hear the first dispatcher in the background. The victim was in the road, unconscious. When asked what happened, the caller said: “He was walking into the center divider lane—he was in the center, the guy came into the double yellow lines and hit him.”

That dispatcher then hung up, sent an ambulance request, and answered the next call, which was the first guy calling back with the address because he got disconnected from the first dispatcher. But now he was unsure about the make and model of the car… and the color… and the license plate?

His wallet was in the car, too. And the car was his dad’s.

The kid was not having a good night, but then, while talking to dispatch on the phone and walking around, he said: “Hey hey, one second, I think I found my stuff. One second. Hey can you get a cop over here? Damn! They seriously crashed my shit!” He started laughing. “Oh wow man! Hey man my car is right here at the Wendy’s!”

That’s all I could get from the recordings. There’s always more info in the dispatch logs, though. You don’t usually get recordings of calls between dispatch and the responding officers, but you do get the dispatcher’s log notes. This is what I found:

UNABLE TO OBTAIN ID FROM VICTIM. IBIS UNABLE TO READ HIS FINGERPRINTS. NEG ANY PHOTO ID ON SUBJECT

DR GOSWAMI ADV THE VIC IS SUFFERING FROM A MINOR BRAIN BLEED, WHICH IS POSSIBLY LIFE THREATENING BUT AT THIS TIME HIS VITALS ARE STABLE

First of all, this NFD (“no further details”) about Morris: that was the guy who called 911 and said the motorist crossed the double yellow lines and hit Barry in the center divider. What happened to those details? Well, it might’ve just meant nothing further about Barry’s identity, because when I turned to the full report, I found a supplemental which summarized his statement—but that summary was itself problematic.

The officer wrote that Morris “saw the subject was standing inside the yellow lines of the center divider” but added that he “turned to talk to his friend and heard a loud noise” so he turned back and “saw the same subject fly up in the air.” This supposed momentary distraction allowed the officer to conclude that Morris “did not see the vehicle hit the subject.”

Now, if you see a guy, then hear a noise, then see that same guy flying up over a car in the same place you last saw him—well, you just saw that guy get hit by a car! It bothered me that the cop didn’t want to say that.

Next, it bothered me that they wanted to call his brain bleed “minor.” If it’s possibly life-threatening, how can it be “minor”? As if there is any kind of brain bleed that’s “minor” to begin with! Let me tell you, no amount of bleeding on the brain is okay.

But the really bothersome part was this “pre-existing” bull. I guarantee you, this was not something the doctor came up with on his own. The officer specifically asked him if that was possible, and the doctor replied, “there’s no way to know,” and the officer reported it like the doctor came up to him and said: “You know what? Maybe this wasn’t the driver’s fault.”

I’ve been present during officer discussions with doctors in the ER, when I was working as an interpreter, and I know ER doctors. They do not go out of their way to make themselves expert witnesses in a potential lawsuit. This was the officer’s idea, not the doctor’s.

To their credit, however, the police investigation was thorough from an evidence-gathering perspective. There were seventy-eight digital photographs, and the accident scene was measured and every detail noted, including the area of impact as per an imprint from Barry’s shoe. Also, they took a voluntary blood sample from the driver and checked it for intoxication (he was clean).

The upshot of it was this: Barry was crossing the street southbound (likely returning home from the store) when a car came from behind him making a left turn to head east on Baseline and took him out. The police placed Barry at fault for “failure to yield to vehicles in the roadway”—even though the car came from behind him. I could definitely fight that conclusion. They also faulted him for crossing outside a crosswalk, which I had figured might be the case, but that is only an issue of comparative fault.

In California, like a lot of other states, it’s not just a question of one person being entirely at fault for an accident. It’s not so simple as just picking winners and losers, although most police reports are written that way. A truly well-written report can (and sometimes does) place one party as “primarily” at fault while assigning “other associated factors” to other parties. At trial, the jury then has to assign percentage-points to all the parties involved the accident—like 60% on Defendant #1, 30% on Defendant #2, and 10% on the Plaintiff, or whatever the case may be. That’s why they call it “comparative” fault. From an insurance claim settlement perspective, the process of negotiating the various percentages is called “apportionment” or sometimes “contribution.”

In this case, Barry’s injuries were so severe that any apportionment on the driver would be a serious liability, and I knew I could prove a very substantial percentage of contribution on him, because regardless of whether a pedestrian isn’t looking or isn’t where he’s supposed to be, a driver cannot just hit a pedestrian with the front of his car.

Even for that, however, the police tried to help the driver. They put in the report that the driver was “unable to see Audrey in the roadway due to lighting and traffic conditions.” That was total BS. The area was extremely well-lit (as are most commercial districts), there was nothing between the car and Barry obstructing the driver’s view, and the car’s headlights were on. The police bent over backwards to cover for this guy.

It didn’t matter, I knew that I’d get him in the end—but that was only because I’d pushed and gotten everything. Most lawyers in this business, when they see the police report is against the client, they will drop the case—because who needs the hassle?

I guess I do. Hassle is my business.

Next: What Happens When You Waive Jury?

In the next story, I find out what it means to walk the high wire without a net.

THIS IS A DRAMATIZATION OF A REAL CASE. NAMES AND CERTAIN DETAILS HAVE BEEN CHANGED, OMITTED OR ADDED